The Republic of the Philippines (Filipino: Republika ng Pilipinas) is an archipelago in South-East Asia consisting of 7,107 islands located between the Philippine Sea and the South China Sea, east of Vietnam, and north of Sabah and Borneo. 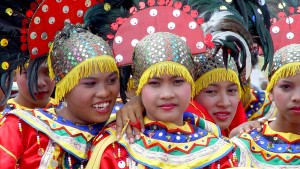 The Philippines is an archipelago abundant in nature, rich in culture, and filled with pleasant discoveries. Experience the Philippines, its 7,107 islands, its natural wonders, colorful history and warm, engaging people. Over a hundred ethnic groups, a mixture of foreign influences and a fusion of culture and arts have enhanced the uniqueness of the Filipino race and the wonder that is the Philippines.

Filipinos are very hospitable by nature. Guests will often be treated like royalty in Philippine households. This is most evident during fiestas when even virtual strangers are welcomed and allowed to partake of the feast that most if not all households within the town serve during the occassion. At times, this hospitality is taken to a fault. Some households spend their entire savings on their fiesta offerings and sometimes even run into debt just to have lavish food on their table. They spend the next year paying for these debts and preparing for the next fiesta.

Also, it may seem peculiar for tourists to notice the Latin flair in Filipino culture. Philippine culture compared to the rest of Asia is highly hispanicized.

The Philippines is by far the largest Christian country in Asia. The Catholic faith remains the single biggest legacy of three hundred years of Spanish colonial rule. Catholicism is still taken quite seriously in the Philippines. Masses still draw crowds from the biggest cathedrals in the metropolis to the smallest parish chapels in the countryside. During Holy Week, most broadcast TV stations close down or operate only on limited hours and those that do operate broadcast religious programmes. The Catholic Church also still exerts quite a bit of influence even on non-religious affairs such as affairs of state. Mores are changing slowly, however; Filipinos are now slowly accepting what were previously taboo issues in as far as Catholic doctrine is concerned, such as artificial birth control and the dissolution of marriage vows.

The biggest religious minority are Muslim Filipinos who primarily live in Mindanao and Sulu, and account for around 5% of the population. Terrorist attacks and violent confrontations between the Filipino army and militant Islamic organizations such as the Abu Sayyaf and the Moro Islamic Liberation Front has strained the relations between the Muslim and the non-Muslim population. The Muslims are sometimes being seen at times as “dangerous”. The Muslim Filipinos differ in their interpretations of Islam, and like the Muslims of Indonesia, are generally more relaxed regarding such topics as gender-segregation or the veil. Then you have the Indian Filipinos, Chinese Filipinos, and Japanese Filipinos who are mostly Hindu, Sikh, Buddhists, and Taoists which all accounts 3% of the population of the Philippines.

The climate is tropical, with March to May (summer) being the hottest months. The rainy season starts in June and extends through October with strong typhoons possible. The coolest months are from November to February, with mid-January to end of February considered the best for cooler and dryer weather. However, locations exposed directly to the Pacific Ocean have frequent rainfall all year. This includes the popular Pagsanjan Falls southeast of Manila (though the falls will get you wet regardless). The average temperatures range from 78°F / 25°C to 90°F / 32°C, and humidity is around 77 percent. Baguio, which is branded as the summer capital of the Philippines, tends to be cooler due to it being located in mountainous regions with temperatures at night going below 20°C (68°F).

On entering the Philippines foreigners from most countries automatically get a free 3-week tourist visa. If intending on staying longer you should apply for a visa extension. Each visa extension is valid for 59 days, except the first which is 38 days (i.e 59-21).

You can pay on departure a fine of PhP1000 per month of overstay plus the PhP2020 fee.

To avoid all the hassle, before traveling get the longer visa from the embassy (or a consulate), as this saves you a couple of days hassle during your holiday. Contact the Philippine embassy of your country about the exact requirements for a visa application and opening hours of the consular section. When you arrive with a visa, show it to the immigration official, so that he will actually give you the 59 days, instead of the normal 21 days, on your arrival stamp.

Bureau of Immigration offices are as follows:

The Philippines has two official languages: English and Filipino.Filipino is mainly based on the Tagalog languag (a relative of Malay), with heavy Tamil, Sanskrit, Arabic, Chinese, and Japanese, and Spanish and English influences.

Tagalog is the language spoken in the Central Luzon and Southern Tagalog regions as well as the National Capital Region (NCR) or Metro Manila. In the Northern Luzon provinces, Ilocano is the most common language spoken. The provinces of Pangasinan and Pampanga also have their own language. Further south of Metro Manila lies the Bicol Region where Bikolano is used. In the Southern Islands of Visayas and Mindanao, Cebuano is the most common language spoken. Other minor languages in the south include Hiligaynon and Waray.

There are some other ethnic groups who reside in the country, particularly in more urbanized areas like Manila. The biggest group are the Chinese – many of which have assimilated seemlessly with Filipino society. Other groups include the Koreans, Japanese, Middle Easterns, and the Europeans/Americans comprising the other major groups.

Communication wouldn’t be too much of a hassle for the English-speaking traveler since the vast majority of the locals are English-speaking. The Philippines also has one of the highest percentages of truly bilingual and multilingual speakers in the world, surpassing other officially bilingual/multilingual nations and territories in Asia, such as Malaysia, Singapore, and Hong Kong. English is widely used around the country, particularly in big cities. It is also widely used in government, the media, and in commerce. Street signs and billboards will likely be in English, but public service messages may be in Filipino. English is a compulsory subject in all schools (public and private) from elementary school to university. Practically everyone you meet will understand English, even if s/he may not be completely fluent. In fact, English is the official language of business.

Many Spanish words survive in many of the local languages though mostly in corrupted form. (Some local languages such as Chavacano is entirely a corrupted form of Spanish.) Spanish is no longer widely understood. Since about 45% of all the words used in everyday speech are of Spanish provenance. Nonetheless, Spanish is still spoken fluently by a select population of the Philippine population, mostly by rich Spanish Filipinos.

Don’t flash around valuables like mp3 players, jewelry, and cellphones because they pose a mugging or pickpocketing threat. Pickpockets and muggings are really common in the big cities of the Philippines. On the other hand, Manila is one of the safest cities in the Southeast Asian region.

Prostitution is nationally illegal in the Philippines, although hostess bars and massage parlors abound. The age of consent is 18. Penalties for sex with minors are harsh, and offenders may also be prosecuted by their home country.

Drink the readily available bottled water. Buko (young coconut) juice is also safe if they have not added local ice to it. Be wary also of Buko juice vendors, some usually just add sugar to water. Buy and eat fruit that has not already been cut up. Cooked food from a karenderia (outdoor canteen) is okay if there is a fire under the pots and the food has been kept hot.

If you must drink tap water (it is usually served/contained in a small to medium plastic bag), water in Manila, Cebu City, Olongapo-Subic, and Angeles may be ok, but it is recommended that you boil tap water for at least 5 minutes just to be safe. Elsewhere drink bottled water. There is always the risk of contracting amoebiasis when drinking tap water in the countryside. Also, this applies to ice that is usually put in beverages.

Bottled water is best purchased from within stores and sheltered eateries. Bottled waters sold outside (by the roads) are more than likely used bottles filled with tap water, sealed then cooled.

CDC advises that risk of malaria exists in areas below 600 meters, except for the provinces of Aklan, Bilaran, Bohol, Camiguin, Capiz, Catanduanes, Cebu, Guimaras, Iloilo, Leyte, Masbate, northern Samar, Sequijor, and metropolitan Manila. NB: chloroquine is no longer a recommended malaria preventative for anywhere in the Philippines. In general malaria is not common in the Philippines and around half of the c. 40,000 annual cases are in a couple of discreet locations.

Also please note the tubercolosis is very common in the countryside, it is advisable not to stay in certain villages in areas you are not familiar with for a very long time. It is also higly advisable that if one coughs or is looks weak in strength it is highly advisable to avoid contact to that person. Bring anti-diarrheal drugs with you, as unsanitary conditions present a high risk for traveler’s diarrhea.

Most of the Philippines is 220 Volt 60 Hz with the older 2-prong plug formerly used in the USA (not polarized or grounded). This is not a common voltage-frequency combination, so nearly everyone will have to pay close attention to what they plug in to an electric outlet. Americans will need a step-down transformer, while Europeans and Australians cannot use electric clocks and heavy-duty 50 Hz motors. Also, they will need a passive plug adaptor intended for USA/Canada. Americans will need one too for any plug where one blade is wider than the other (polarized), or has a third round grounding pin. It’s best also to bring such items that work universally such as those electronics marked with a 100V-240V 50/60hz compatibility to avoid voltage concerns.

Downtown Baguio (northern Luzon) uses 110 V @ 60 Hz like USA, but doesn’t go very far beyond the city center. The airport, for example, is 220V. If staying in the Baguio area, always ask first! If your equipment is 110-125V, merely crossing a street corner can cause it to be damaged or even catch fire. There are no signs in Baguio indicating where 110V ends and 220V begins.

Television and video in the Philippines use the NTSC format, which is the same as the USA and Canada. Televisions sets and VCRs made for Japan (though the same video format) will skip certain channels. Region Coded DVDs are Region 3 (SE Asia), though virtually all Tagalog movies are region free.

A little courtesy goes a long way. Filipinos are a very friendly and hospitable people, sometimes even to a fault. Take the time to smile and say “thank you”, and you’ll receive much better responses. You will receive an even better response if you throw in a little Tagalog, such as “salamat”, which means “thank you”. When talking to the people older than you in Filipino, it is greatly appreciated to include “po” in your sentences such as “salamat po”. In the countryside and in some urban homes, footwear is removed when entering a home, though they may make an exception for foreigners. The key is to look around before entering any home. If you see footwear just outside the door, more than likely the family’s practice is to remove footwear before entering. If you wear socks, you don’t have to remove them. 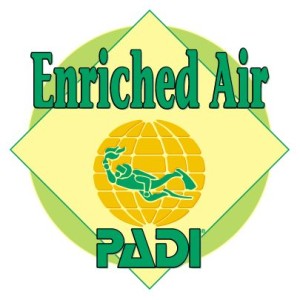 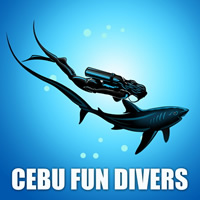